By long experiences in the world of the design and inner architecture, in 1995, a study, named Bizzarri Design, born.
Main goal of Stefano Bizzarri and Claudio Cinti, the two designers that head the study located in Pesaro, is to give a new style to the project focused on industrial and interior design.
In the same year took place several collaborations with differents companies belong to furniture industry, and the creation of first collections of objects and furnishings, designed for houses and contract world.
After creating some collections (Mediterraneo-Biarritz) for Gasparucci srl (a company specialized in furnishing for house and contract), from ’96 to ’98, Bizzarri Design also take the charge of Artstic Direction, planning showrooms and outfittings in Italy and abroad, and coordinating the business concept.
From ’99, the study take the charge of Artistic Direction on behalf of the society Ideal Marmi Italia, setting up with it a process of business restyling starting from the search and design of new product; it led to the definition of a specific identity, to the qualification of image and to the purchase of new branches of business.
Over the years, many and prestigious collaborations (just for mention some of them: Gasparucci Contract – Pedini – I Conci srl – Cattelan – Gardesa – Edilcuoghi – Cotto Impruneta – Palazzetti – Karman) reinforced the own experience of the study and gave origin to a range of product mainly addressed to the design world.
Over the last few years, the study also acted actively in the design of the showrooms, villas and hotels, in Italy, Swiss, Saudi Arabia and Soviet Union.
Several experiences gradually reached in these years relating with materials as rattan, wood, stone, metals, glass and porcelain, allowed the study to acquire an innovated working method on the workmanships and technical features of all these materials.
Today, main characteristics are basically the aggregation of different shapes and materials with result of an innovative thrilled balance bearing an high innovating content. 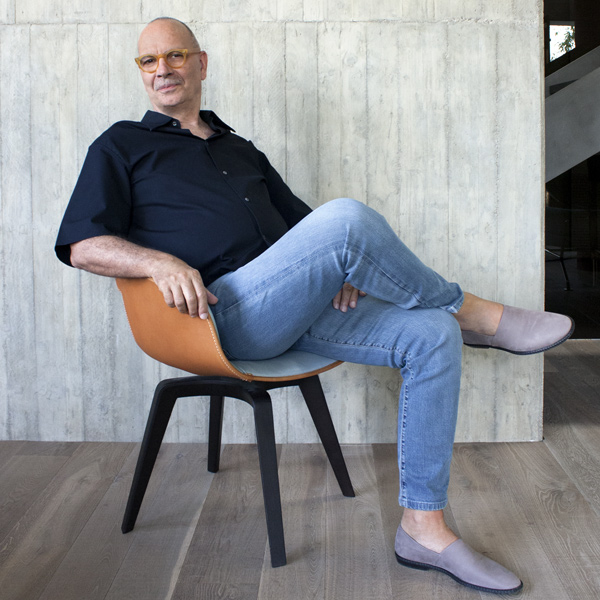 Roberto Lazzeroni was born in Pisa, the town where he has chosen to live and to work.
His professional training is the result of studies – Art and Architecture in Florence.
From the beginning he has always shown an interest both in the phenomena of the world of conceptual art and the ones of radical design.
In the early 80’s he started to be interested in industrial and interior design, a specialization which he defines as “fundamental” for the following approach to the world of the “industrial product”.
A fine connoisseur of the history of design and its related signs, he is very skillful to put daily into practice this knowledge.
Talking about his own projects, Lazzeroni uses the expression of “sentimental design”; it is indeed easy, even for an untrained eye, to see the tension between past and future in this works.
This trend is nowadays defined as “transitive design”. The signs of past are somehow recognizable; they are clearly worked out again and the outcome is a real and balanced tension between past and future.
Lazzeroni’s background and his way to understand design era the reason of his specialization in Art direction.
After the experience with Ceccotti Collezioni which started in 1988, today Lazzeroni has started to collaborate also with many other important firms. All experiences where he is directly responsible of every aspect linked to the birth and the development of a firm.
A very “dynamic” career with some precise costants that show Roberto Lazzeroni always involved in two different directions: his studies and his professional interests which have made of him an undisputed protagonist of important exhibitions, and his approach to a design that is absolutely integrated in the everyday reality of interior space. 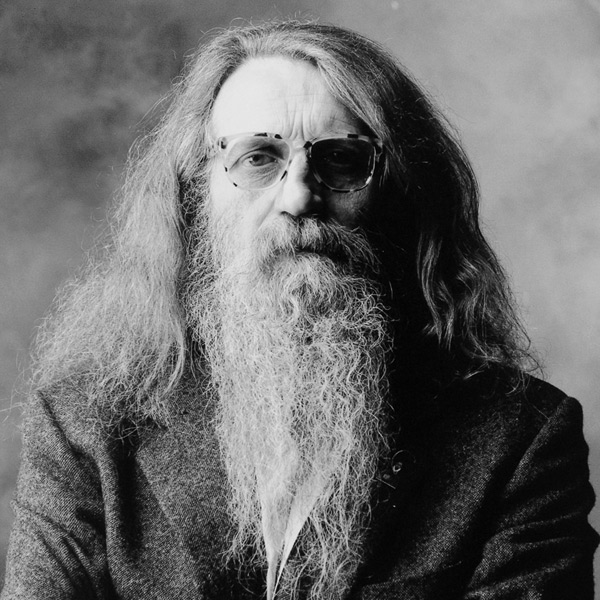 Piergiorgio Cazzaniga was born in 1946.
In 1964 for two years he worked as the Technical Department Manager at Besana Mobili, where he directly experienced and mastered furnishing industrial production cycles and techniques.
In 1971 he became a partner at the Buttura, Massoni and Pelizza Studio, which was then transformed into A&D.
With Luigi Massoni he designed products, showrooms, stand and exhibition for leading Italian furnishing companies such as:
Poltrona Frau, Nazareno Gabrielli, Iter Selenova, Cadel, Porro, Matteograssi.
In 1991 he set up his own office “PIERGIORGIO CAZZANIGA DESIGN” in Lentate sul Seveso working also with: Porro, Composit, Atlantis, Living Divani, Liv’it, Dema, Tagliabue, Acerbis International, MDF Italia, La Palma and Tribù.
In 1995 the Mariposa chair won “Chair of the Year” award at “International Chair Exhibition” in Udine and the “Jury Award “ at BIO 15 in Lubjana.
In 2001 armchair Bloom for Living Divani and in 2004 chairs M1 and Lofty for Mdf Italia where selected for I-DOT. In 2004 armchair Lips won the “Good Design Award” of the Chicago Atheneaum of Design.
The furniture system “Inside” and sofa system “BORA BORA” were awarded with “Best System Category” in 2006, the first, and “Nomination” in 2008, the second, at the “Interior Innovation Award” in Cologne.
Some of his last designs: the kitchens “MAXIMA” and “FREE” for Composit, outdoor seats collection “ESSENTIEL” for Tribù, seats collection “SIGN” and table system “TENSE” for Mdf Italia. 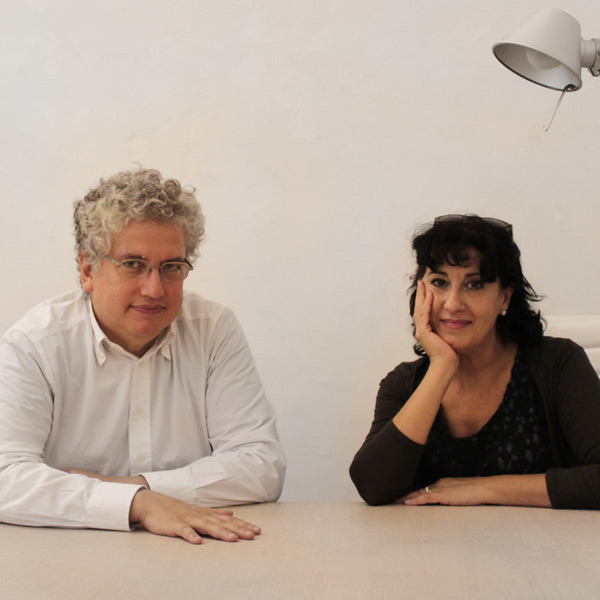 Liliana Leone and Luca Mazzarri graduated in architecture in Genova, in Italy, where they live.
In 1988 they founded their design workshop,archifax architect associates, starting by collaborating with the most famous companies in the furniture field, focusing on design and interior decoration of public spaces, and on advertising as well.
They projected decoration for the most famous companies in design field, as Move, Berloni, Falegnami, Ciat, Fimes, Laurameroni, Nardi, Composit, Lema, Ferlea, Novamobili, Snaidero for which they designed the Los Angeles showroom.
They are in charge of the main design show-fairs, like EUROCUCINE in Milan, in Paris, Colonia and Moskov, projecting stand and production places.
In 1995, during the International competition of ideas organized by the Eurocucine in Milan “Young & Design”, they have been awarded of the project of the bed “Altomare” by Firmes. In 1998 they attended, on invitation, to the First Biennal of Design in Sant’Etienne, introducing some prototypes about containers and bed produced by “La Falegnami”.In 2004 they won the Internation Competition for the reshape of the “Chiavarina Chair” and in 2006, with the “Led Runner” lamp, they won the International Competition arranged by the Belgian company “Deltalight” for a new concept of Led illuminating body. They teach at the college of architecture in Genova, where they attended courses about design and communication workshop.

Born in 1970, he graduated in Architecture at the Politecnico di Milano in 1997. Between 1998 and 2004, two important professional experiences led him to Industrial and Interior Design, and he went into new methods and new design approaches.
In 2005 he starts his own Studio in Lissone (Milan) where he works on Industrial Design, Communication and Architecture. Many are his creations with a special vocation for the design of upholstery systems; he designed collections for the best industries of the Italian Design.
He collaborates with SpHaus, Ivano Redaelli, with whom he signs many successful products; Gruppo Industriale Busnelli, where he contributed at the relaunch of the whole brand with a continuous product consultation. He has been working with the stage management of Dorelan for years, and has been collaborating also with Orizzonti, Alivar, Alf Da Frè, Calligaris, Cinova, Meme Design and My Home Collection.